Musically the group is accompanied by the brass band of the Schwalenberg Volunteer Fire Brigade.

The next festival will take place in August 2020.

The Trachtengilde Schwalenberg is a  non-profi, non-government, non-academic, non-commercial and non-political organisation and has no religious affiliationt. The  organisation is officially recognised by the german tax office. 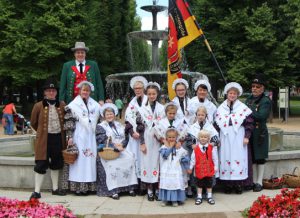